Which country will be the world's leading economic power in 2050 and why?

As much as any loyal countryman wants his/her country to lead, there’s only two contenders : China takes the lead and India following closely behind.

Between those two… China. For these reasons :

China has demonstrated the capability to innovate

I’ve heard a saying here in Quora that says :

Yes, a part of that comes from forced technology transfer and reverse engineering. But those who say China can only copy, not invent, has somehow forgotten that the Chinese has always been great inventors, or probably they have never heard anything about “Four Great Inventions of China” or “John Bull”.

Truthfully, forced technology transfer and reverse engineering is not new. What’s new in China is, they can manufacture it at half the time, and a quarter of the cost.

In simplest analogy possible : 4,000 years ago someone owned 500 goats, because, well that’s as much goat milk he can sell to his village. Then someone invented the wheel, enabling him to sell 10x as much goat milk to 10 other villages.

If technology is the height of the sky scrapper, infrastructure is the foundation upon which wealth is build. In this part i will let pictures speak for themselves with as little explanation about the building as possible. 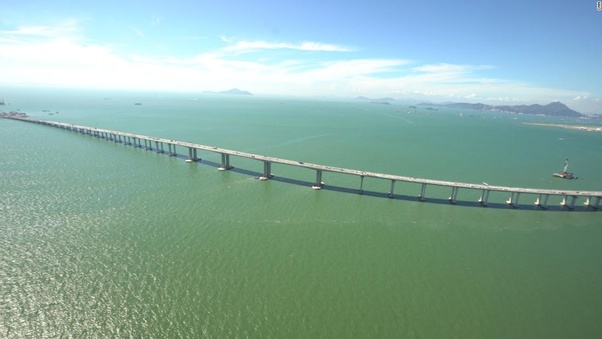 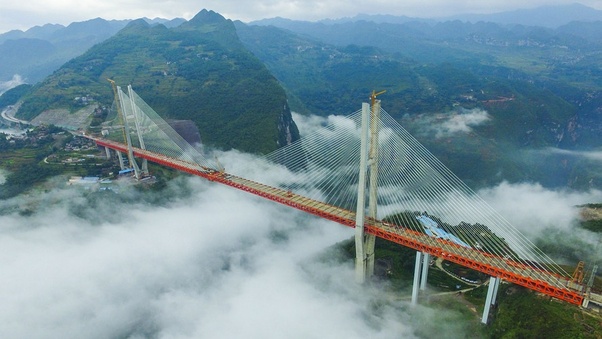 Actually, 41 out of 50 highest bridges in the world are in China. 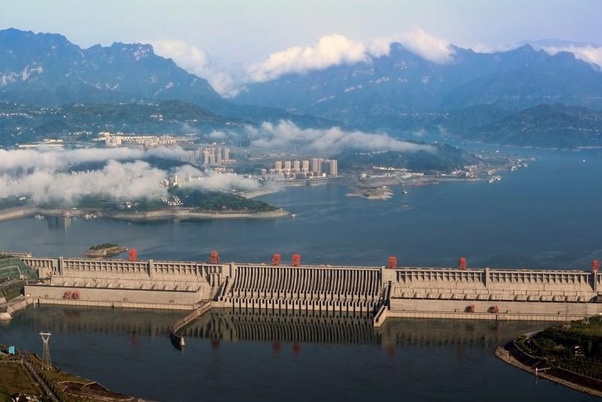 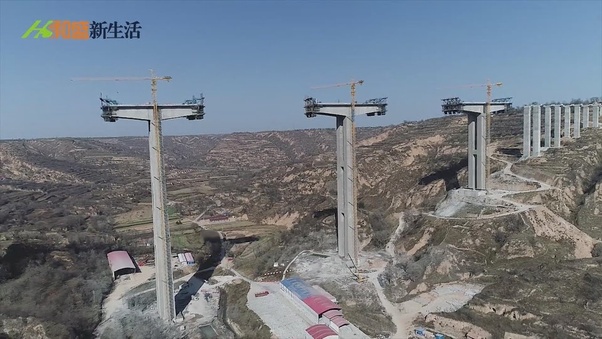 Due to treacherous mountainous terrain, as of 2019, China build 4,000+ km of expressway like this just in Gansu province so Chinese can drive 120km/h on it. 350km/h high speed railway will be build after that.

China has lifted poverty like no other, India still has 5%

With the exception of few economies, consumption is always the largest contributor. Especially if they have at least one billion citizen!

Any country that takes the lead must have the power to redistribute its wealth to citizens, increasing their welfare, and resulting in higher consumption. Poverty is a trap, and is severely hard to escape from. So in most cases, the responsibility relies on the government. Poverty is a very chronic sign of a country’s lack of ability or interest to increase consumption. 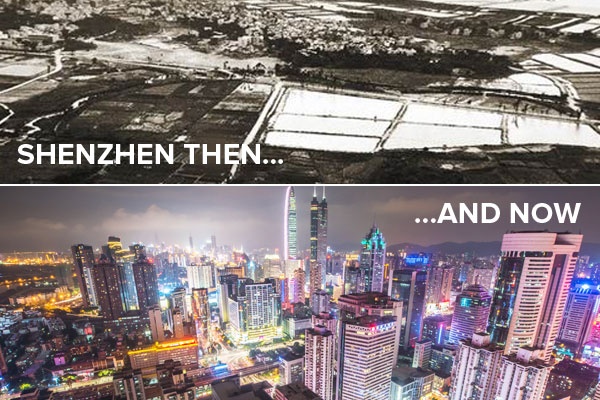 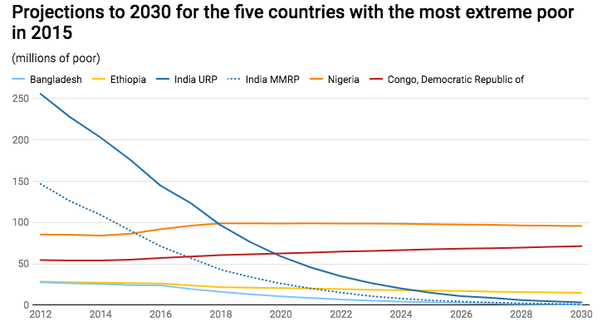 It takes another 10 years for India to be completely eradicated from poverty. Xi’s father is a political elite, yet he lives in a cave without electricity, water, or network connection. With fleas and bug beds.

In a village with 20$ GDP per capita, young Xi dug out village excrement to make fertilizer, sold his motorbike (which is a luxury back then) to buy water pump, developed agriculture, made the village prosperous, and made his career as the village’s party secretary.

Xi is not unique. China has 80 million officials, most of them volunteered themselves and each of them made the climb based on merit. Seriously, if you have 80 million to choose, how many self-serving, dishonest, corrupt, incompetent officials made it barely halfway to the top?

And if officials willingly dug shit for their village, will they sit idly while poverty and inequality runs through China?

Since so many people mentioned about the USA, i decided to elaborate this part further.

USA needs to deal with the elephant in the room. Actually, the elephant has been shoved aside by the ultracollosal stEGOsaurus-rex :(

Why the silly name? Again, a picture helps. 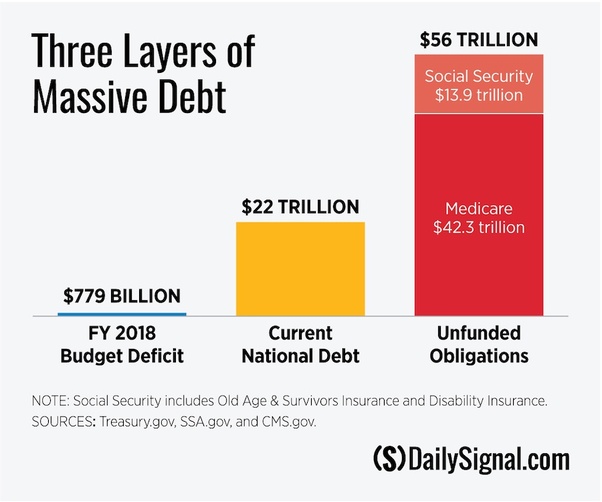 Why EGOsaurus? Because it is born out of an ego, a selfishness.

What are the signs?

Americans spending almost twice as much as the next biggest spender for healthcare, yet still falls short in terms of life expectancy. And here, me, sitting literally on the other side of the globe, I’ve read stories that Americans have to pay 100k USD for cough treatment if he/she is that unlucky. 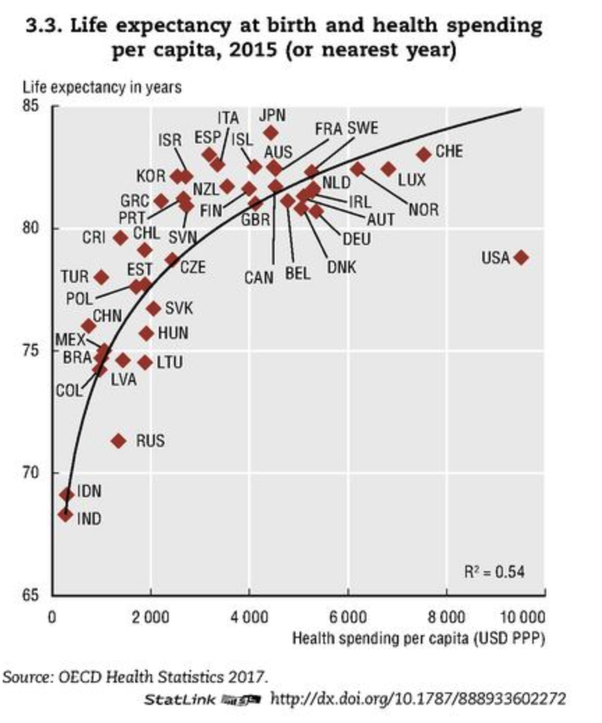 And on top of it, astronomic amount of student debt that cripples future generation. Why did you rob your future generation, Americans? You are already the wealthiest nation in the world, is what you have not enough, so why? 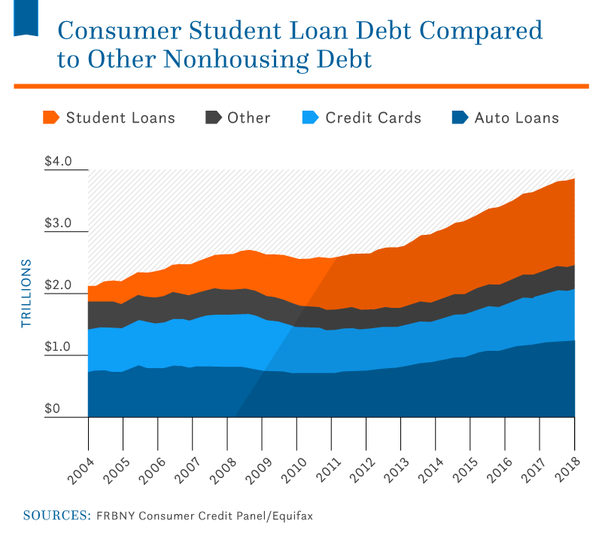 Can you see the EGOsaurus now?
It has nothing to do with president, ideology, trade deficit, terrorism, and even debt. The largest problem in USA is the unsurpassed selfishness of the rich in USA, who makes political decisions by lobbying so that they benefit at the cost they took from everyone else.

A fruit for thought :
If “beggar thy sick” and “beggar thy children” are the fruits of American democracy, you have to know that the communist China has lifted 88% out from poverty. What’s the point of your country being #1, if you can’t enjoy a good life?

Now how does this make USA fall from #1 spot?

USA has always been high-tech providers. US$ has premium valuation, therefore USA doesn’t compete with price, USA wipes the competition with sophisticated tech and quality instead.

As a matter of fact, if it were not for IBM, Microsoft, Apple, Google, Facebook - USA will not be as superpower as today, economically. However, China is challenging USA’s domination. 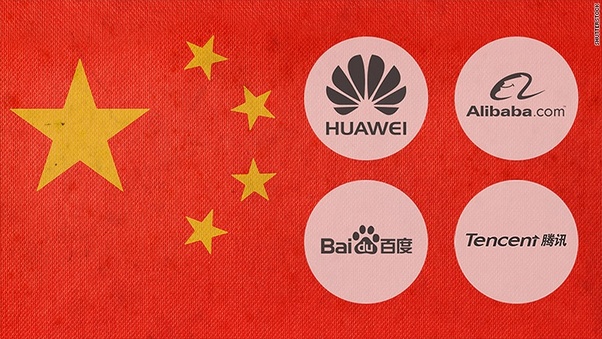 Now think about this scenario. Think hard if you’re an American.

You are an immigrant.
You have no money, degree, let alone house. You have certified IQ of 160. The lifeblood of high tech is curiosity, intelligence, creativity, passion. You have them all.

USA promises you the American Dream.
You pay for living costs and education, which is like 200k $. You pay millions to own a house. Annually average healthcare pay is 10k.
However, entry level salary in Silicon Valley is 150k per year, higher than anywhere else in the world.
Donald John Trump doesn’t like immigrants and there’s a lot of Americans like him though. Soooo, you might not get a job but if you miss Silicon Valley you will have another valley.
Half of salary goes for tax. The government is deep down under debt. They have 200+ trillion unfunded liabilities in social security. You’re not hoping they would help you.
You have democracy, but you can only vote between A and B. Republican or democrats. If your leaders don’t listen to you, it’s your problem, not theirs. They don’t work, yet paid with your money.
You can own guns, and so does the criminal next door.

On the other side of the globe, China wants you.
China desires you so much she doesn’t care what color is your skin or what God you worship. As long as your grades made it, you can pick either Beijing, Tsinghua, or any best universities China has to offer. Literally free.
China sponsors housing for talents from 100k to several millions high, depending on the city. China believes in merit alone.
Average salary is much lower, but China knows talent when she sees one. You’re guaranteed an employment in China’s silicon valley.
If you build a startup with very interesting idea, China promises to invest and give you some shares.
You have free healthcare. Cheapest high quality goods than anywhere, otherwise where does the “factory of the world” moniker comes from?
No society in this planet respects the elderly more than China, do you think you will be neglected in your twilight years?
You don’t have democracy, but you have party representatives. Those volunteers aren’t paid, and not even a politician. 1/3 of them are farmers, fishermen, and shepherds. Since the officials are common folk like you and I, they are willing to listen to your concerns, and pass it upwards all the way to Xi Jinping, if necessary. Instead of free speech, they have dialogue.
But in no single way they will tolerate about opposing your country. They told you “we build China together, not overthrow her”.
They don’t need a gun and so do you.

Which country do you choose?

Can you see what i’m trying to imply?
While USA saddles her future generation with education debt, China nurtures it. Fast forward it to 2050, what do you think will happen to high tech industry in the world? 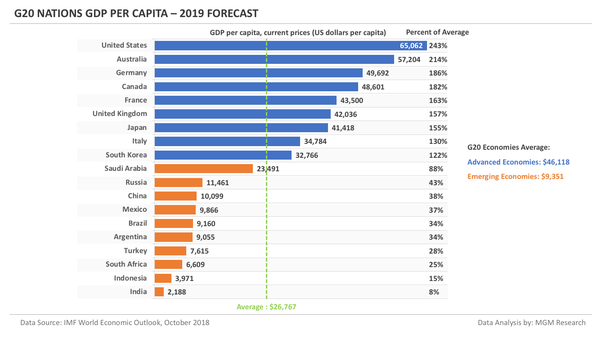 Now this is rather a no brainer. China’s GDP per capita is almost five times as large as India’s. If China grows at a constant 5% per year, and India at 7%…

India will surpass China’s GDP per capita at 2101. So it’s rather very long.

This is just an elementary assumption, but what’s important is, you get the idea.

The entire post absolutely does not imply that India or US is inferior as a country, or China is superior. In no way it downplays Indians or Americans, or promotes Chinese. Each country is great in their own way, and has the potential to greatness.
It is just that China has progressed far enough, and has sufficient means to lead the economy of the world in 2050. If the question specifically asks for 2100, then things would surely be different.

What is something common that you see most people do wrong?
By lanreadeyemi • 5 months ago

What upsets Nigerians?
By lanreadeyemi • 6 months ago

Can Nigeria achieve good governance?
By lanreadeyemi • 6 months ago

What should people avoid going into their old age?
By lanreadeyemi • 6 months ago

What happens to people after long periods of no human interaction whatsoever?
By lanreadeyemi • 6 months ago