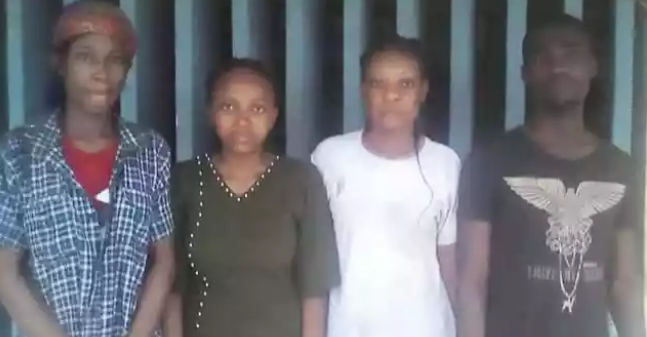 The Rivers State Police Command, on Sunday, rescued six kidnap victims, including four corps members, who were abducted in the Emohua area of the East-West Road.

A kidnap and armed robbery kingpin, identified as Zulu Ogwumike, aka Black Bush, was also killed during a shootout in a separate operation by the personnel of the command attached to the Rumuji Police Station.

The corps members and two other victims were said to be travelling from Lagos to Port Harcourt when the vehicle they were travelling in was stopped and the six of them were seized and taken into a forest in Evekwu, Emohua Local Government Area of Rivers State.

The vicitms were said to have been abducted last week and had been in captivity for some days before they were eventually rescued.

The state Police Public Relations Officer, Nnamdi Omoni, said in a statement that the operation that led to the rescue of the corps members was led by the Divisional Police Officer of the Rumuji Police Station, Ademola Adebayo.

Omoni explained that the victims were rescued unhurt and had since been debriefed and ready to be reunited with their families.

He said in a statement, “Today, June 23, 2019, around 7.30am, in our sustained and unrelenting efforts in tackling criminality on the East-West Road, operatives of the Rumuji Police Station, in a sting operation led by the DPO, CSP Ademola Adebayo, stormed a forest at Evekwu in the Emohua Local Government Area, where six kidnap victims were rescued.

“The victims, including four youth corps members, are those abducted last week in a commercial bus travelling from Lagos to Port Harcourt. They were, however, rescued unhurt and have been debriefed. Their families have been contacted for necessary handover.

“Earlier yesterday (Saturday), a notorious kidnapper and armed robbery kingpin, Zulu Ogwumike, aka Black Bush, was killed by the same police personnel in a gun duel.”

The state Commissioner of Police, Mr Usman Belel, has ordered an increased security on the East-West Road with a view to stemming the tide of crime and arresting the perpetrators.

Belel said the onslaught against criminals in Rivers State was getting fiercer and would be sustained until crime became history in the state.