A Nigerian couple and Lagos socialites, Ladi Sonuga and his wife, Funmi, have reportedly welcomed triplets after 13 years of marriage. 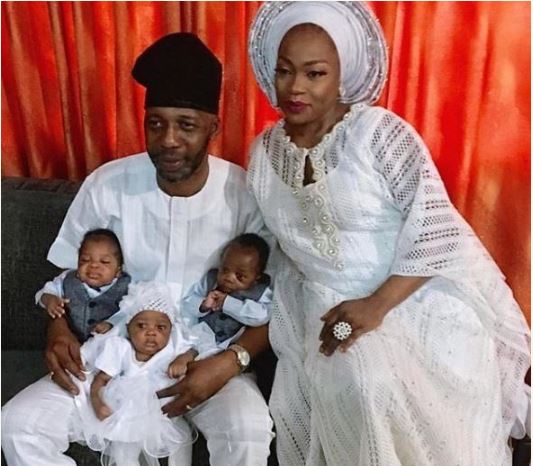 Ladi Sonuga and his wife, Funmi and their kids
The Nigerian couple welcomed their triplets in the United States, and here is a photo above
This is coming after the couple who have had been deemed childless for 13 years, also welcomed a set of triplets.
The adorable couple could not hide their excitement at giving birth to three children at the same time after a long period of waiting. Hence, they took to sharing their pictures and the photos of the cute kids on social media.
The news was shared on Facebook and Instagram by a photographer Sheriff Lawal and he wrote, “After 13yrs of marriage and trying, then God did his wonders that doesn’t make sense again.” 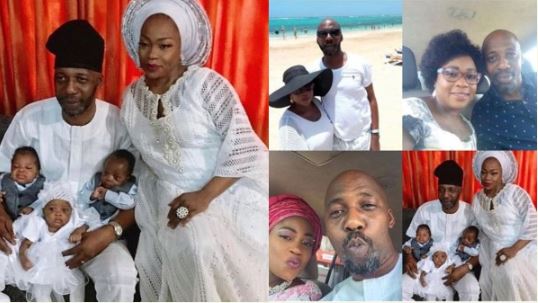