Former American First Lady, Michelle Obama, has revealed that she had her two daughters though in-vitro fertilisation. 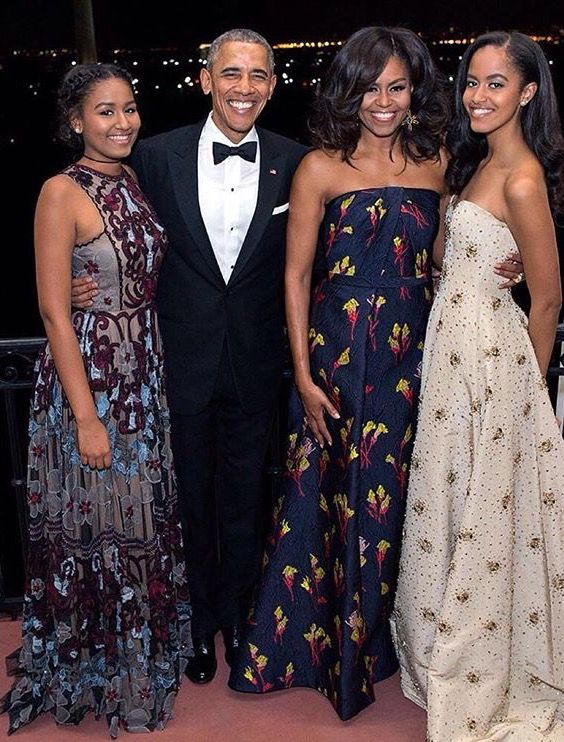 The Obama family
According to The Washington Post, the former First Lady of the United States, Michelle Obama, has revealed that she and her husband, ex-President Barack Obama, had their two children — Malia and Sasha — through the in-vitro fertilisation.
Michelle said that after marriage, she and the ex-president had trouble achieving pregnancy; and that when she finally became pregnant, she suffered a miscarriage. Eventually, they had to settle for the IVF, through which they both had their two children — both girls.
Michelle’s journey to motherhood was everything but easy, it turned out, as she claimed that even when she agreed to have an IVF, her husband’s frequent absences from the home compelled her to sometime go it alone, as she had to administer the injections that were a part of the IVF process all by herself.
The revelation was contained in her memoir, Becoming, as reviewed by the Washington Post.
First daughter Malia Ann was born on July 4, 1998; while Natasha (aka Sasha), was born on June 10, 2001, according to the family’s Wiki entry.
It may be recalled that, on March 17, 2017, aol.com published a trending news which it identified as fake, stating that the Obama family was the subject of an article stating that a man had filed a lawsuit claiming he was the biological father of the Obama daughters, Sasha and Malia.
The article — which came from the satirical entertainment website The Last Line of Defense — says a man named Ezekiel Wilekenmeyer Williams filed a lawsuit with the backing that Dunstrom Pharmaceuticals had hired him to provide sperm donations for Barack and Michelle Obama some 20 years ago.
The article also claimed that the so-called biological father was white.
An excerpt from the article states: “Williams, who has four PhDs from MIT and Oxford, sits first chair violin in the London Philharmonic Orchestra and is a world champion chess and Texas Hold ‘Em player, says the original agreement was that if his offspring became famous, he would receive recognition for being their father.”
In the memoir, as shared by the Washington Post, however, Michelle Obama laid the issue to rest.
The Post writes, “She also shares intimate details for the first time, for instance, that she and her husband had trouble getting pregnant, suffered a miscarriage, and that both daughters were conceived through in vitro fertilization.
“And that she did a great deal of this while her husband was away serving in the state legislature, leaving her to administer the shots that are a part of that process herself.”
Related Post viewed by other