Update: One of the two children tortured by their aunt in Edo diagnosed with liver infection 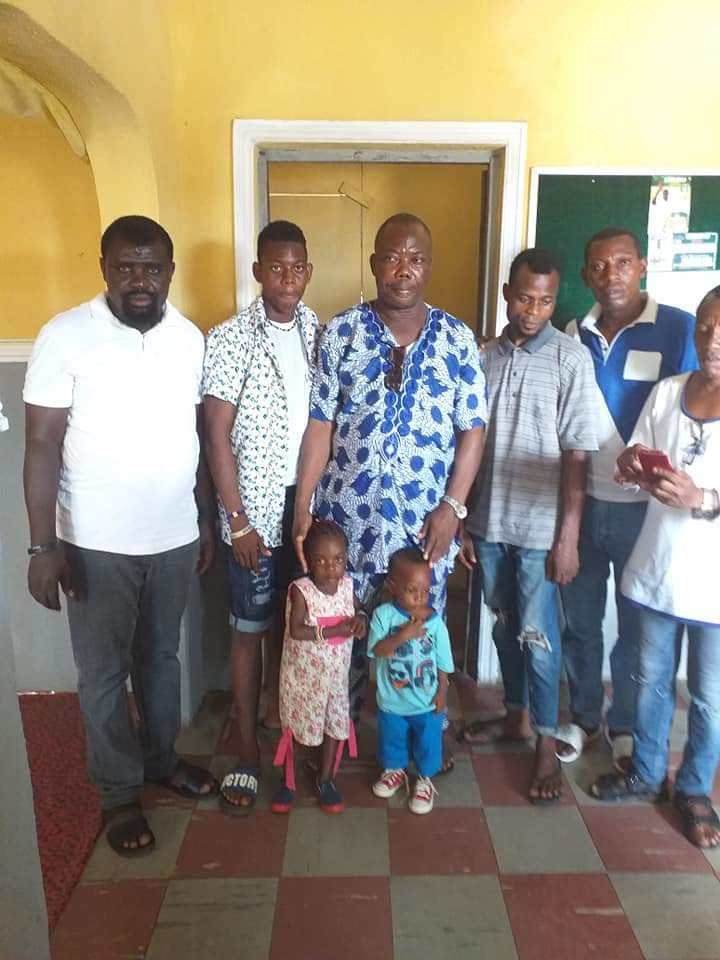 Edo human right activist, Kola Edokpayi has disclosed that one of the two children tortured by their aunt in Edo State has been diagnosed with liver infection.

Edokpayi and his team rescued the malnourished young children from their aunt, who took charge of them after their parent's marriage fell apart and their mother absconded. Read previous report here 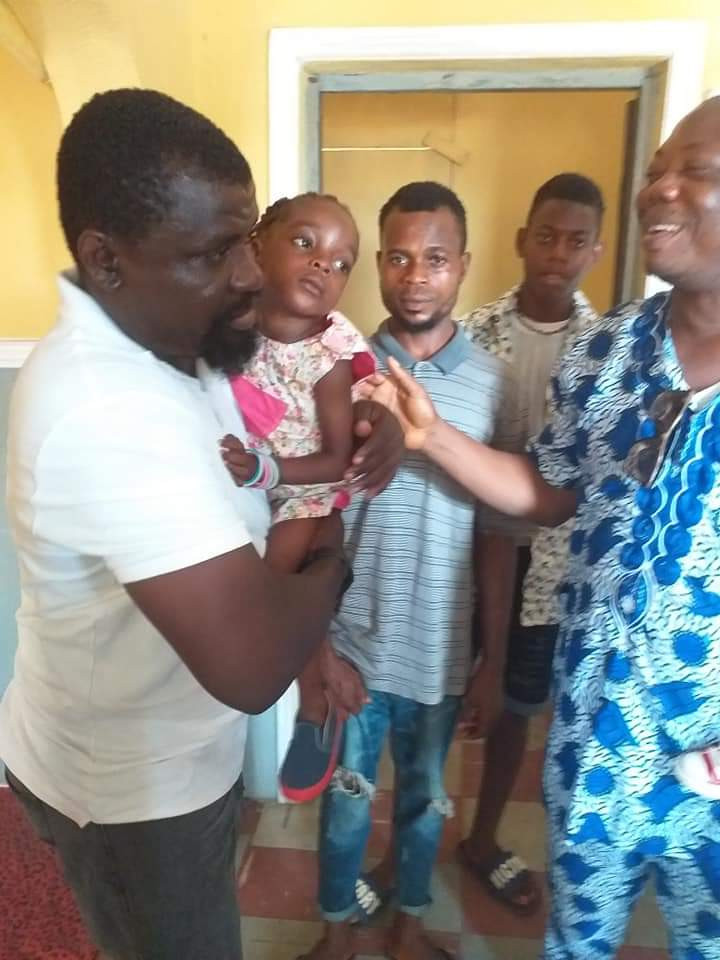 Meanwhile, the children have been reunited with their father after three years."Sequel to our publication on Social Media on how little Miracle and Destiny were tortured by their Aunt, the Leadership of Joint Legal Action Aids (JLAA) were able to established contacts with the kids' Father and the family of their Mother, we invited both parties to our office today where we officially handed over the kids to their maternal grand father after hearing from both parties, their father said he cannot take care of the kids because of his economic condition.
Miracle was thereafter taken to UBTH because she was diagnosed of liver infection.
We should continue to show love to the kids." Edokpayi said. 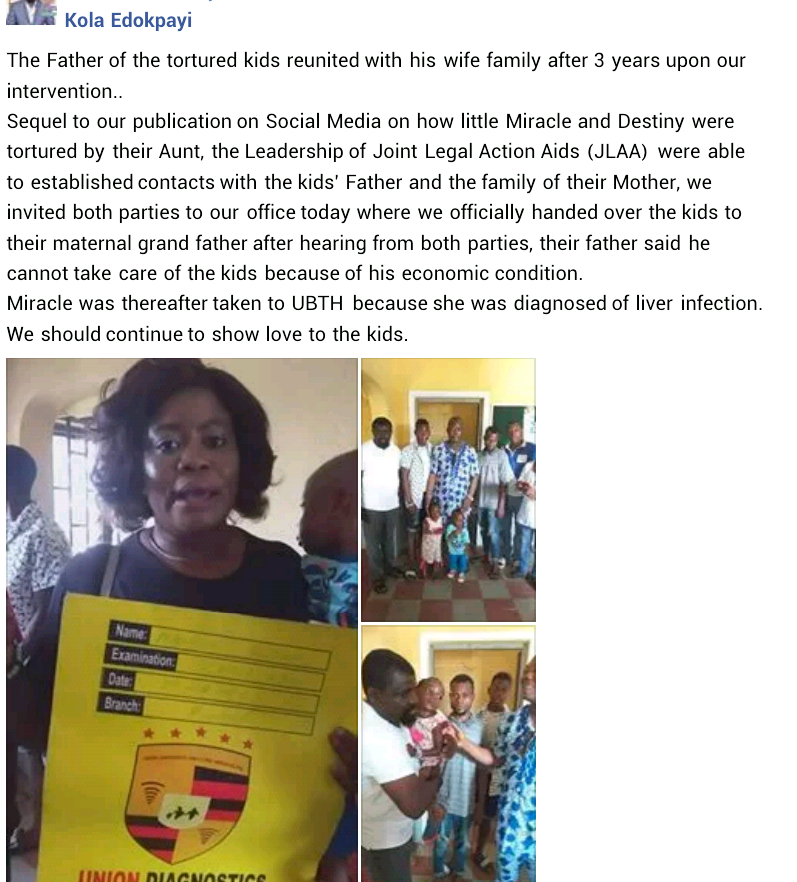