Photo: NSCDC staff all smiles as she is arraigned for employment fraud 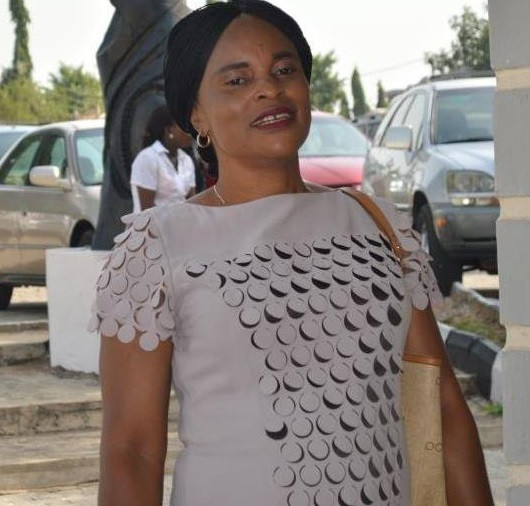 In a one-count charge, the Commission alleged before the court that the accused person, Ngozi, defrauded some job seekers to the tune of N2, 697,000(Two Million Six Hundred and Ninety Seven Thousand Naira under the pretext of helping them secure employment.

The charge reads: “That you Ngozi Alozie Stella Oboh in January, 2015 or thereabouts at the Federal Capital Territory, Abuja Command with intent to defraud did obtain by false pretence the sum of ( N2,697,000.00K) Two Million Six Hundred and Ninety Seven Thousand Naira from unsuspecting job seekers under the guise of securing employment for them into Nigerian Prison Service and you thereby committed an offence contrary to Section 1(1)(a) and punishable under Section 1(3) of the Advance Fee Fraud and Other Fraud Related Offences Act 2010”.

The accused pleaded not guilty when the charge was read to her and her counsel, Okere Chamberlin, gave an oral bail application on her behalf which the prosecuting counsel, Sulaiman Abdulkarim, did not oppose. In her ruling, the judge denied the accused person bail and ordered that she be remanded in prison custody till the next adjourned date, 14th May, 2019.