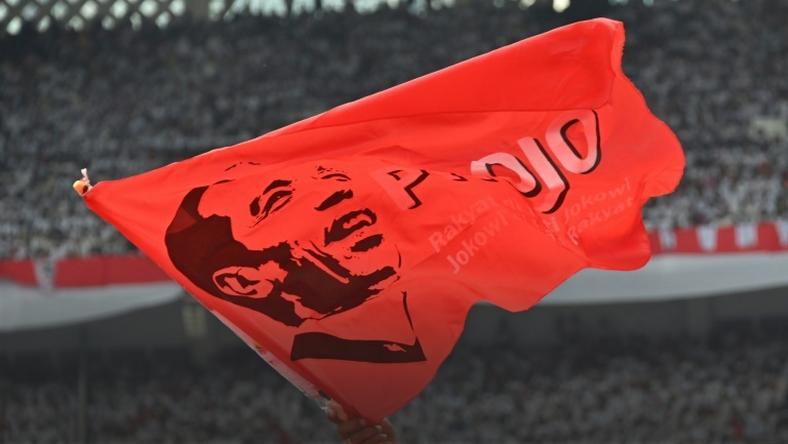 Business links with top trade partner China have been thrust into the spotlight by ex-general Prabowo Subianto who is challenging Indonesian leader Joko Widodo for the presidency of Southeast Asia's largest economy on Wednesday.

Trailing by double digits in the polls, Subianto has leaned on a fiery nationalist ticket and pledged to re-evaluate Chinese investment, even as Jakarta courts huge contracts from Beijing's $1.0 trillion Belt and Road Initiative (BRI).

"Blindly embracing these projects can compromise the national interest."

Pushing back at China's globe-spanning project has proved successful elsewhere in Asia, including in Sri Lanka, the Maldives and Malaysia, as the trademark infrastructure push to link Asia, Europe and Africa is used to whip up fears about eroding sovereignty.

"China's growing economic power has become a key election issue in many Asian countries ... with opposition politicians winning the elections after they criticise incumbents for their 'pro-China' policies," Deasy Simandjuntak, a visiting Indonesian researcher at the Singapore-based Institute of Southeast Asian Studies, told AFP.

Since taking office in 2014, Widodo has pushed Chinese investment to fulfil his own multi-billion-dollar drive to build much-needed roads, airports and other infrastructure across the sprawling archipelago of more than 17,000 islands.

Indonesia has since said it would offer $91 billion worth of projects -- from ports to power plants -- to Chinese investors at a Beijing summit in late April, just after the polls.

Chinese firms are already involved in several other ventures, including an industrial park on Sulawesi island and a $6.0 billion high-speed railway between the capital Jakarta and mountain-fringed Bandung city -- which Subianto has promised to review.

Both projects have stoked fears about an influx of Chinese workers and Indonesia taking on unsustainable debt.

Perceptions about Chinese encroachment have a particular resonance in the country of 260 million, as resentment lingers over the success of some billionaire Chinese Indonesians who control vast swathes of the economy.

The ethnic minority has suffered a long history of discrimination, including being a target during anti-communist purges in the mid-1960s.

"Chinese capital is associated with communism and that is threatening," said Trissia Wijaya, an East Asian political economy specialist at Australia's Murdoch University.

"It's very ingrained in the Indonesian mindset," she added.

However, debate over Widodo's so-called pivot to China was full of misleading claims, said Wijaya, with a tide of fake news online fanning anti-Beijing sentiment.

"Most Chinese investment in Indonesia is in industry, such as mining," she told AFP, adding that little was in strategic or sensitive assets.

The deals involve mostly private-sector companies and brought much-needed capital to build industrial processing plants such as the one in Sulawesi, added the Indonesian academic.

Analysts said it was too early to know if Subianto would take an outright anti-China policy if he takes office, but there are signs that investors are nervous about his plans for the economy.

"His rhetoric is so extreme that I think he would have to follow through on at least some of it," said Kevin O'Rourke, an Indonesia-based political risk analyst.

"There would be a lot of jitters among foreign investors."

The 67-year-old Subianto is a proponent of "smart nationalism" who, taking a page from US President Donald Trump nationalist policies, would put "Indonesia first", countered his foreign affairs director Ronodipuro.

"But that doesn't mean we'll start putting restrictions on trade and investment," he added.

Ahead of the polls, Widodo has been burnishing his own nationalist credentials, including taking back control of the giant Grasberg gold and copper mine from US operator Freeport-McMoRan.

He can also claim a relatively solid economic record, with inflation at historically low levels and a slump in the rupiah currency coming off 2018 lows.

Annual growth is hovering around 5.0 percent, although it is still well short of Widodo's 2014 election pledge to hit seven percent annually.

While the former furniture exporter, popularly known as Jokowi, has faced criticism that big-ticket infrastructure projects have done little to help the poor, some voters appear to see tangible benefits.

"There is development happening all over."