Also, despite leaving the APC, Mark Gbillah (PDP, Benue) was able to retain his Gwer East/Gwer West federal constituency for the PDP. 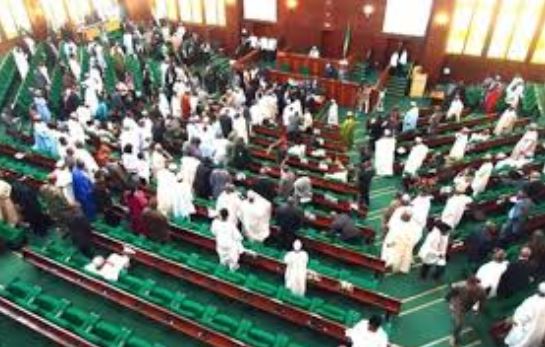 Thirty-two of the 37 lawmakers who ditched the All Progressives Congress (APC) on the eve of the party’s primaries on July 24, 2018, for the Peoples Democratic Party (PDP) and the African Democratic Congress (ADC) will not return to the 9th House of Representatives in June. Daily Trust on Sunday looks at how the lawmakers lost their re-election bids.

Some lawmakers, spread across 10 states – Benue, Kogi, Kwara, Bauchi, Jigawa, Kano, Kaduna, Sokoto, Ondo and Oyo – who defected from the ruling All Progressives Congress to other parties shortly before the 2019 general elections, failed to secure the tickets of their receiving parties. And majority of those who secured their parties’ tickets failed to get re-elected, and thus, cannot return to the House of Representatives.

However, the exceptions are Emmanuel Orker-Jev (PDP, Benue) and Barry Mpigi (PDP, Rivers), who both left the APC and got elevated to the Senate. While Oker-Jev defeated incumbent Senator George Akume of the APC to win the Benue North-West senatorial election, Mpigi overwhelmed other candidates to claim the Rivers South-East Senate seat under the PDP.

Also, despite leaving the APC, Mark Gbillah (PDP, Benue) was able to retain his Gwer East/Gwer West federal constituency for the PDP.

Unlike the above trio, however, Aliyu Madaki (PDP, Kano), lost the Kano Central district to former Kano State governor, Ibrahim Shekarau, who defected from the PDP to the APC.

Meanwhile, in the case of Benjamin Okolo (PDP, Kogi) and Lawal Rabiu (PDP, Kaduna), who left the APC for the PDP before the primaries, the Independent National Electoral Commission (INEC) declared elections in their constituencies inconclusive.

Aside Orker-Jev and Gbillah, the three other defectors from Benue State, namely Hassan Saleh, Dickson Takghir, and Emmanuel Udende, all lost their seats, having failed to secure PDP’s tickets after defection from the APC.

In Kogi, Hassan Omale, an incumbent who secured PDP ticket after defecting from the APC, however, lost at the election to Ali Ibrahim of the APC.

Except Funke Adedoyin who died shortly after the defection episode, the remaining five defectors from Kwara State, who ran on PDP platforms, bowed to the “Otoge” mantra that swept away the Saraki political dynasty.

While Razak Atunwa lost the Kwara governorship election, Zakari Mohammed failed in his senatorial bid, both to the APC candidates.

Aliyu Pategi, Tope Olayonu and Abubakar Amuda-Kanike, who staged return bids to the House, equally lost to their APC opponents.

Unlike Speaker Yakubu Dogara, who also defected from the APC to the PDP, Salisu Ningi, his compatriot from Bauchi State, lost his Ningi/Warji federal constituency to Abdulkadir Abdullahi of the APC.

Like Kano, Ahmed Chanchangi, who dumped the APC for PDP in Kaduna, subsequently failed to get PDP’s ticket, and thus lost his Kaduna South federal constituency to Ahmed Muktar of the APC.

In Sokoto State, Aminu Shagari, Kabiru Marafa, Bashir Salihu and Abdussamad Dasuki, who defected to the PDP in solidarity with Governor Aminu Tambuwal of the state, all lost their seats. The four lawmakers lost to newcomers who will be taking their first oath of office at the Lower Chamber in June.

For Tangaza/Gudu and Wurno/Rabah federal constituencies, Bashir Salihu and Kabiru Marafa lost their seats to Yusuf Kurdula and Aliyu Al-Mustapha, both of the APC.

Bode Ayorinde, the scholarly lawmaker from Ondo State, who also defected from the APC to the PDP during the mass defection at the House, lost his Owo/Ose federal constituency seat to the APC candidate.

In Oyo State, all the five lawmakers that left the APC to PDP and ADC, lost at the general polls last February. They include Ogunwuyi Segun, Olasupo Adeola, Samson Olugbemi, Sunday Adepoju, and Akintola Michael of the ADC.

Divergence of opinions trailed the defection of the group of 37 lawmakers from the APC to the PDP and ADC in July 2018.

While Razak Atunwa (PDP, Kwara), spokesman of the defected lawmakers had claimed that they left the APC because of injustice visited on them by the party’s leadership, House Leader Femi Gbajabiamila had countered that the lawmakers were in desperate search for return tickets for the 2019 general elections.

Speaking on the challenges of defection to Nigeria’s democracy, Dr. David Ajayi, a lecturer in the Department of History, University of Ibadan, suggested a constitutional amendment to expunge the clause from the 1999 Constitution. According to him, such amendments should strictly enforce the caveat on defection from one party to another so as not to make mockery of Nigeria’s democracy.

“I suggest a constitutional amendment to expunge every leeway on defection from the 1999 Constitution. The amendment will be very strict, such that whoever defects from his or her original party to another automatically loses his or her seat, either in the legislature or executive,” Ajayi said.

“If you look at all the political parties, you will discover that there is basically no difference among them. They are all the same, whether APC or PDP. This is quite unlike what obtains in developed countries, where politicians’ conducts are regulated, to a large extent, by parties’ ideologies,” Ezeibe said.

Defection, loosely known as cross-carpeting, entails a situation where a lawmaker dumps the original political party that sponsored him or her to parliament for another party. The practice, regulated in Section 68 (1) (g) of the 1999 Constitution, has been abused by Nigerian politicians for self-aggrandizement.