The Minister of Water Resources, Suleiman Adamu, has advocated for a Public Private Partnership to end open defecation in the country.

Adamu made the appeal at a side-line of a One-Day Inter-Ministerial Dialogue on Sanitation on Friday in Abuja.

He noted the need for collaborative efforts from all stakeholders to end open defecation practice in the country.

“We are not saying that government alone should do the public toilets.

“So, it is a joint effort between the Federal Government, states, business community, development partners and everybody. 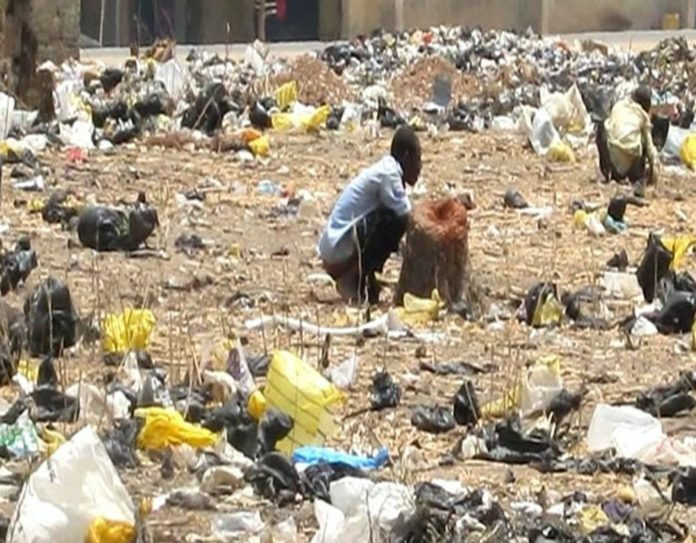 “This campaign is towards mobilising the entire country so that everybody thinks and talk’s sanitation.

“The number one thing is behavioural change because a lot of people in this country don’t feel there is loss of dignity in stripping at corners to do their business.’’

The News Agency of Nigeria reports that the inauguration of a national transformational movement tagged: “Clean Nigeria: War Against Open Defecation” goal is to end open defecation in the country.

The movement also seeks to ensure that Nigeria does not become the country with the largest number of persons practicing open defecation worldwide.

Adamu noted that the intervention would be a nationwide mission under the leadership of President Muhammadu Buhari and would involve all Federal MDAs.

He said it would be anchored by the Federal Ministry of Water Resources and would support states and MDAs to facilitate grassroots interventions to end open defecation.

Adamu noted that it would be a shame for India to exit the number one position of the largest country with open defecation practice, leaving Nigeria on the spot.

According to him, within the last four years, India has been able to provide toilets for 400 million persons, and is on track to meet the target of delivering toilets to an additional 150 million persons before October 2019.

He hinted that the Federal Government would ask owners of filling stations, shops and other public places to open up their facilities to the public as it’s the practice in other countries.

He applauded the efforts of development partners in the intervention programmes through the Community Led Total Sanitation principle, saying this had led to the attainment of 10 Open Defecation-Free Local Government Areas.

The minister said Nigerians ought to understand the importance of building and using toilets in their houses, saying government would intervene in cases where the people are poor and vulnerable.

The Joint Monitoring Progress 2017 states that by October 2019, Nigeria may become the country with the highest number of persons practicing open defecation.

With approximately one in four persons, 47 million people having nowhere to go to toilet while the national access to basic sanitation stands at a low level of 33 per cent.

Data from the recently conducted WASH National Outcome Routine Monitoring (WASHNORM) in 2018 showed a marginal reduction in access to improved water supply to 67.9 per cent with only 3.7 per cent meeting safely managed criteria while for sanitation.